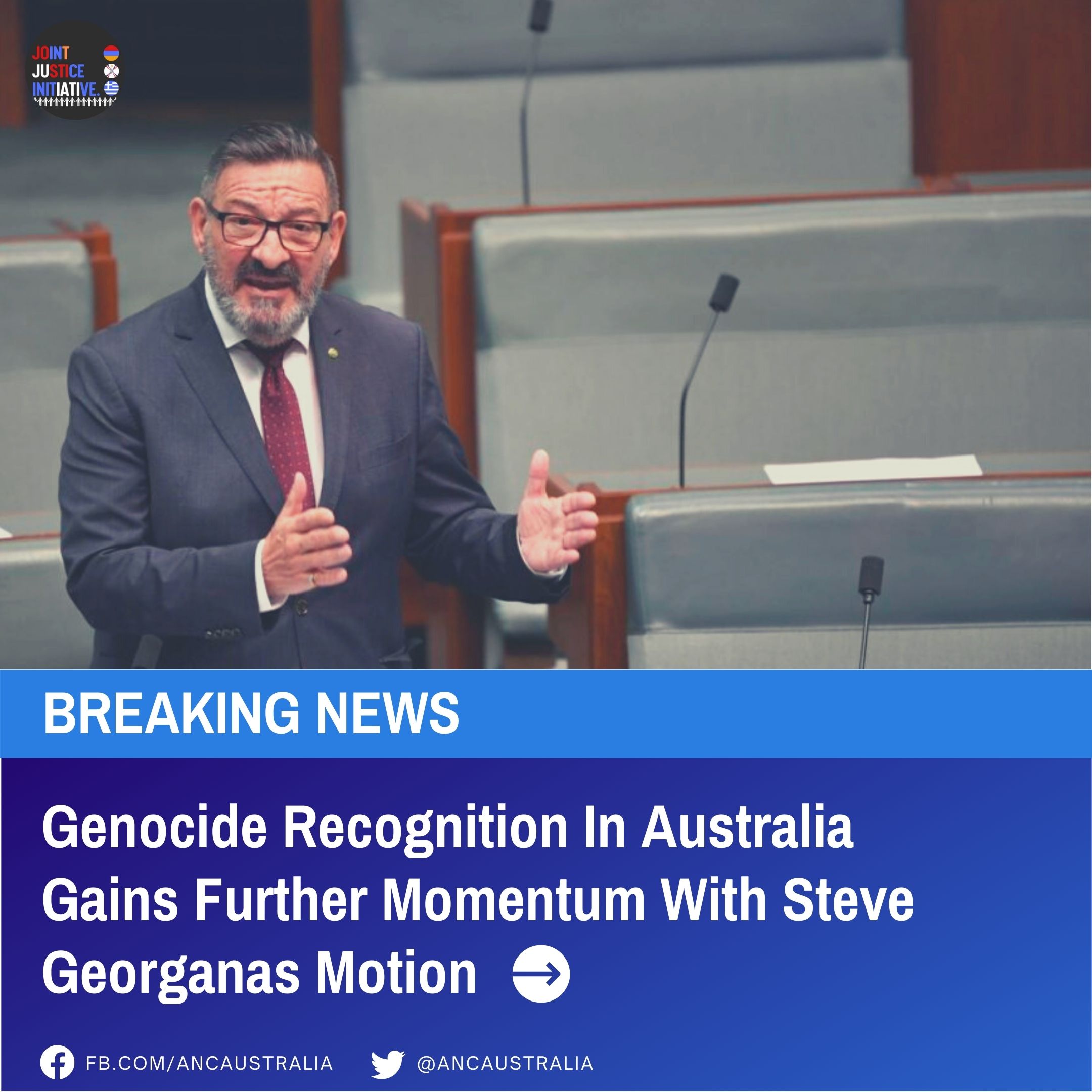 CANBERRA: Federal Member for Adelaide, Steve Georganas MP has introduced a parliamentary motion for future debate, which calls for Australia’s recognition of the Armenian, Assyrian and Greek Genocides of 1915.

Georganas – who is a signatory of the Joint Justice Initiative of the Armenian-Australian, Assyrian-Australian and Greek-Australian communities – elevated his support for the cause of national recognition of the 1915 Genocides by joining an influential list of Federal legislators that have taken legislative steps in support of this cause.

The motion was seconded by the Federal Member for North Sydney, Trent Zimmerman MP, who – along with his co-convenor of the Australia-Armenia Inter-Parliamentary Union, Joel Fitzgibbon MP and John Alexander MP – introduced the historic first motion that debated in favour of recognising Australia’s first major international humanitarian relief effort to support orphans of the Armenian Genocide in June 2018.

In December 2018, Tim Wilson MP and six fellow parliamentarians honoured the 70th Anniversary of the adoption of the UN Convention on the Prevention and Punishment of Genocide by debating a motion that honoured the author of the Convention, Dr. Raphael Lemkin, stating he "coined the word 'genocide', informed by his study of the systematic extermination of the Armenians during World War I and the Jews during World War II".

Executive Director of the Armenian National Committee of Australia (ANC-AU), Haig Kayserian, said the Joint Justice Initiative is pleased with the increased calls for Federal Australian recognition of the Armenian, Assyrian and Greek Genocides through such parliamentary processes.

“This shows that no door exists in Australia’s democracy that the Joint Justice Initiative will not knock until our Federal Government opens itself up to truth and justice by recognising what happened to our ancestors as genocide,” Kayserian added.

The Joint Justice Initiative has so far attracted over 40 parliamentarian supporters.