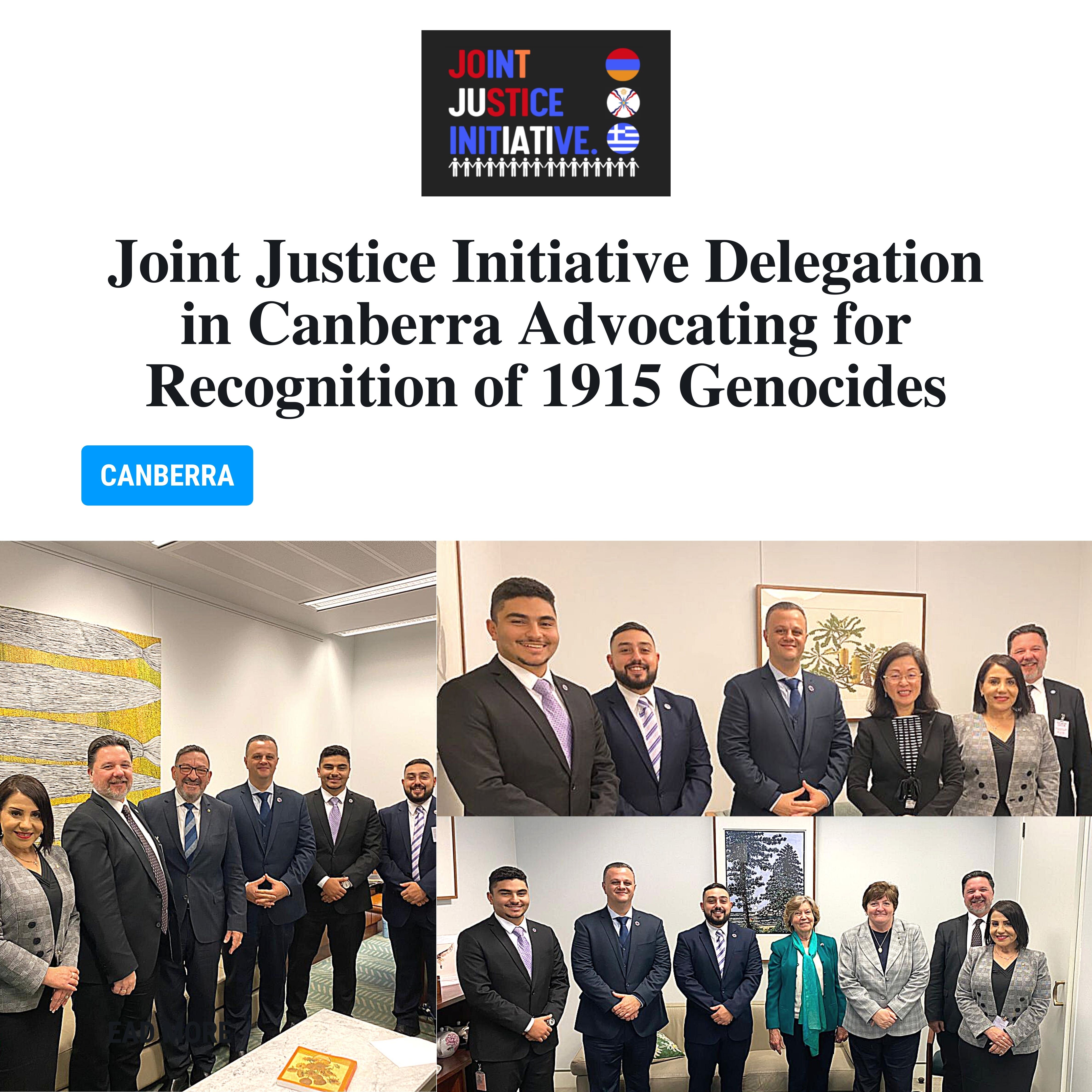 CANBERRA: On Wednesday 16th June 2021, representatives from the peak public affairs bodies of the Armenian-Australian, Assyrian-Australian and Greek-Australian communities came together in the nation's capital to advocate for Australia’s recognition of the 1915 Genocides committed against their ancestors.

The meetings discussed a broad range of issues, including the Federal Government’s current position on the Armenian, Assyrian and Greek Genocides, Australia’s first major international humanitarian relief effort to aid victims of said genocides, and the increasing support for genocide recognition within Australia and the international community.

“We are hopeful that by our communities coming together to make recognition of the 1915 Genocides a leading advocacy priority, we can end the foreign-induced gag order which has prevented Australia from recognising these crimes against humanity,” said Armenian National Commitee of Australia Executive Director, Haig Kayserian.

“It is always a pleasure to advocate for justice alongside the leaders of the Assyrian and Greek communities, and our Joint Justice Initiative remains hopeful that our efforts will continue to garner supporters across the Federal Parliament and provide tangible results for those we represent,” Kayserian added.

The delegation also met with local leaders of the Greek-Australian community-based in Canberra.