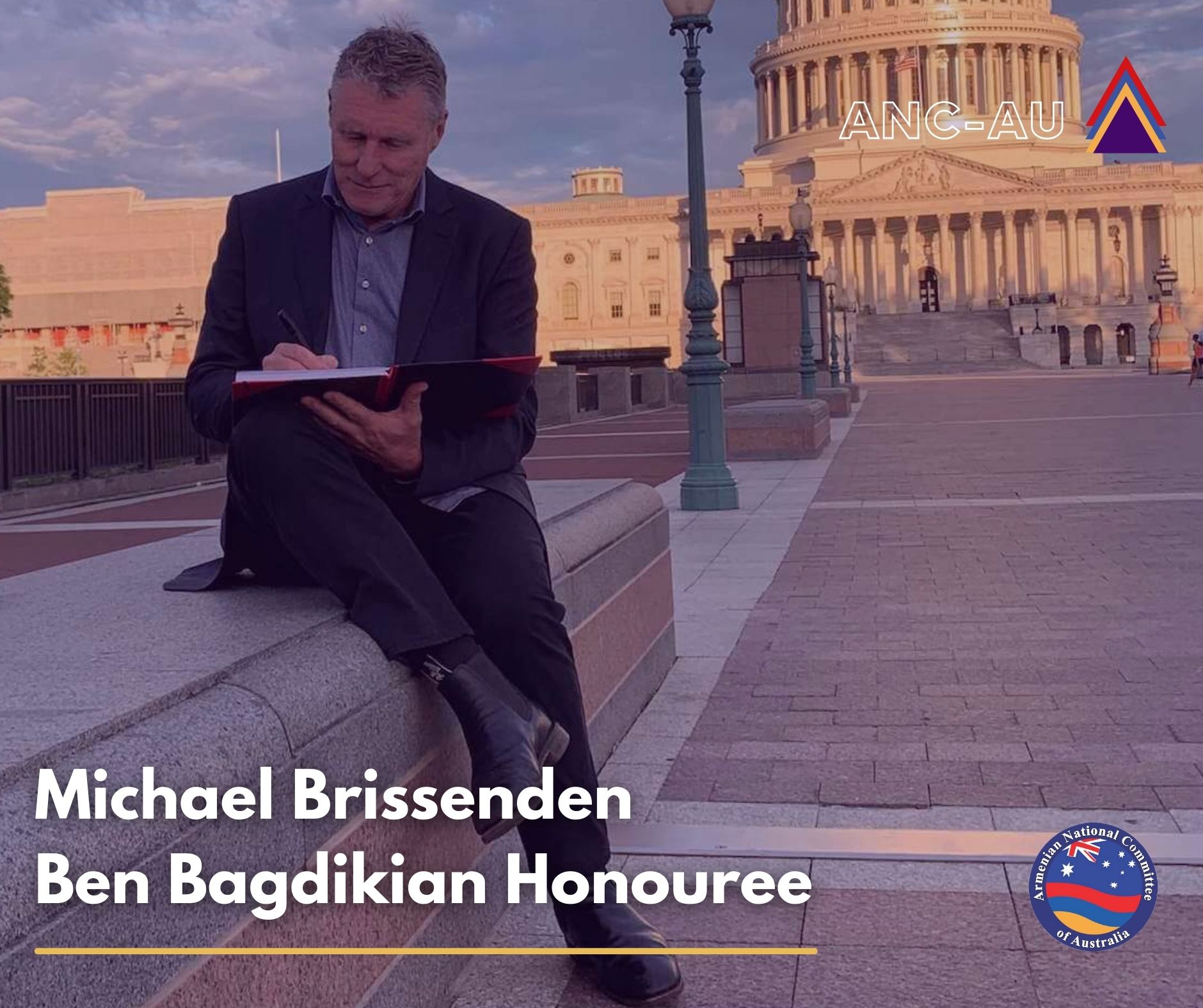 SYDNEY: The Armenian National Committee of Australia (ANC-AU) awarded the 2021 Ben Bagdikian Media Award to veteran journalist Michael Brissenden, in acknowledgment of his great service and contribution to raising awareness about the 1915 Armenian Genocide and its links to the Australian ANZAC legend.

Brissenden, a former political editor, ABC Radio host and ABC TV Current Affairs Washington Correspondent, was the third honouree of the ANC-AU Ben Bagdikian Media Award since its introduction in 2019.

This award is named after Armenian Genocide survivor Ben Bagdikian, who was featured in Steven Spielberg’s film The Post (2017), recounting his time as assistant managing editor of The Washington Post, where excerpts of the Pentagon Papers were published, exposing classified material regarding US involvement in the military campaign in Vietnam––despite strong opposition from the Nixon administration.

Past recipients have included prominent 2GB broadcaster Alan Jones and British/New Zealand based award-winning historian and journalist James Robins in 2020.

Brissenden was announced as the honouree at the ANC-AU Annual Gala on 19th February 2022, in recognition of his insightful 7.30 Report investigation into the Turkish government's threat to ban outspoken Australian politicians from visiting Gallipoli for Anzac commemorations in 2015.

The report, spearheaded by Brissenden, also highlighted the unique link between Australia and the Armenian Genocide and exposed the Turkish dictatorships denialism policies in Australia.

"This was a groundbreaking report for Armenian-Australian advocacy efforts, as Mr. Brissenden was able to unequivocally prove the Turkish Government's blatant attempts at foreign interference in Australian policy issues, as well as promoting the link between the World War I histories of Armenia and Australia," said ANC-AU Executive Director, Haig Kayserian.

Although Brissenden was unable to attend the ANC-AU Annual Gala in person, he graciously accepted the award and delivered a video message to our community, dedicating the award to the late Professor Colin Tatz.

“The Turkish government hopes that our now-close relationship and the significance the Gallipoli campaign has to both our national identities will continue to be enough to prevent acknowledgement of this terrible event,” said Brissenden.

“But the hope is, that our relationship will be mature enough and, if not, the Federal Government will eventually find enough courage to follow the lead of the New South Wales and South Australian state governments and many other national governments and formally recognise what happened to the Armenian people in 1915 as Genocide.” added Brissenden.

Watch his acceptance speech below or by clicking here.

The Ben Bagdikian Media Award was one of three honours handed out at this year's Gala. The Hon. Paul Fletcher MP––Australia's Minister for Communications, Urban Infrastructure and Cities and the Arts, was awarded the Armenian National Committee Freedom Award, and the Armenian-Australian Community's Friend of the Year honour was presented to Senator Kristina Keneally, the Deputy Leader of the Senate and Shadow Minister for Home Affairs, Immigration and Citizenship.