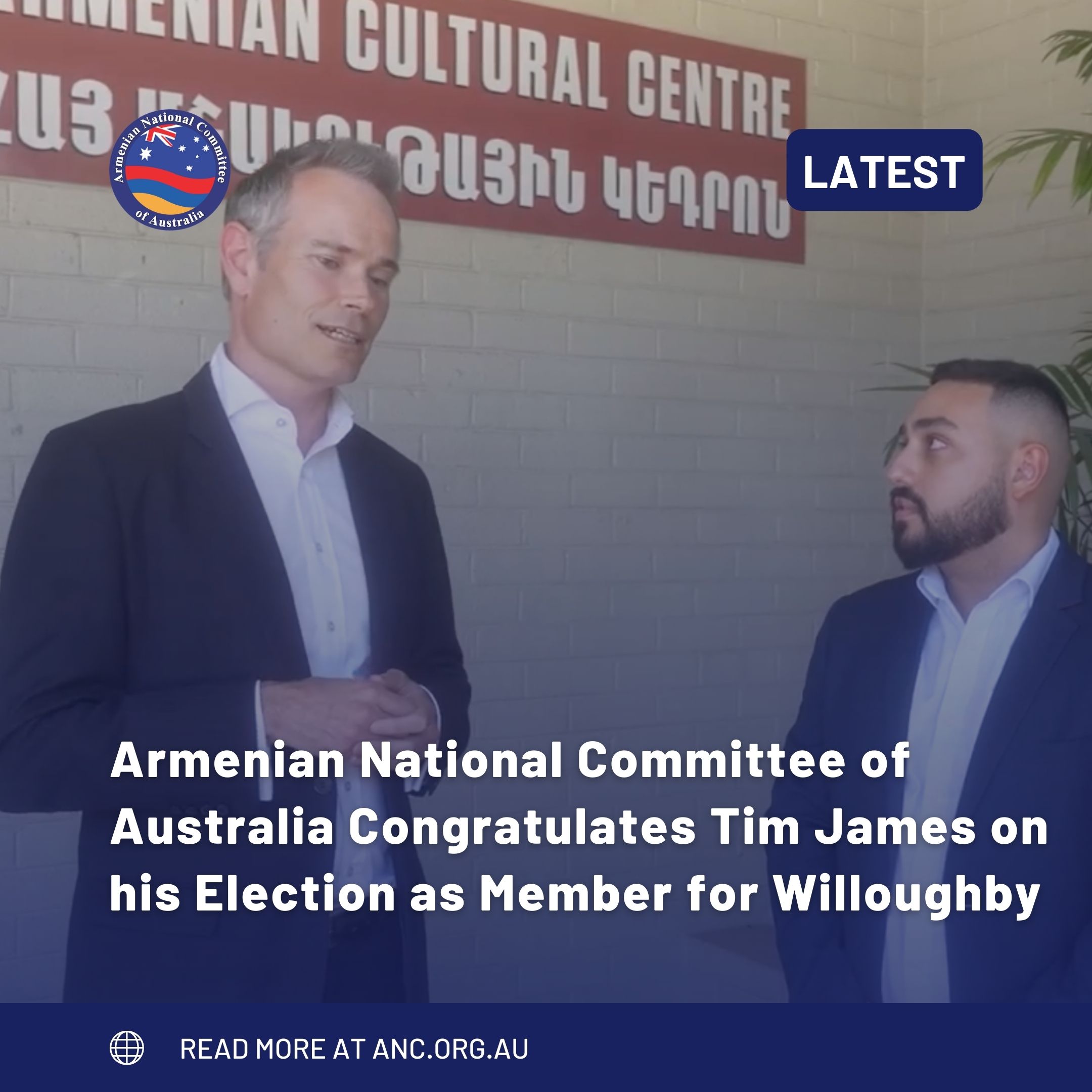 SYDNEY: The Armenian National Committee of Australia (ANC-AU) has congratulated Tim James MP on his success at the polls at the New South Wales state seat of Willoughby by-election.

Following the resignation of the former Member for Willoughby and Premier, Armenian-Australian Gladys Berejiklian, voters were required to head to the polls to elect a new representative to fill the vacant seat of Willoughby on 12th February 2022.

James has been declared the victor against Larissa Penn in what was a tightly-contested battle.

The ANC-AU met with James prior to the by-election and raised some of the Armenian-Australian community's major concerns, including a request for his support for formal recognition of the Armenian Genocide by the Federal Government of Australia, for the indigenous Armenian people's rights to self-determination in the Republic of Artsakh and for local issues of importance.

James declared his support for all issues raised, promising to continue his predecessor Berejiklian’s vocal advocacy for genocide recognition and signing to join the Australian Friends of Artsakh network.

“We naturally enjoyed the greatest of relationships with our former Board member, Premier Gladys Berejiklian as Member for Willoughby, and we look forward to continuing that relationship with Mr. Tim James,” said Kolokossian.

“The state seat of Willoughby is home to one of the largest Armenian-Australian communities in New South Wales, where the Armenian vote plays an important role in determining the outcome in the electorate. We have every assurance that our community will be well represented by Mr. James.” added Kolokossian.