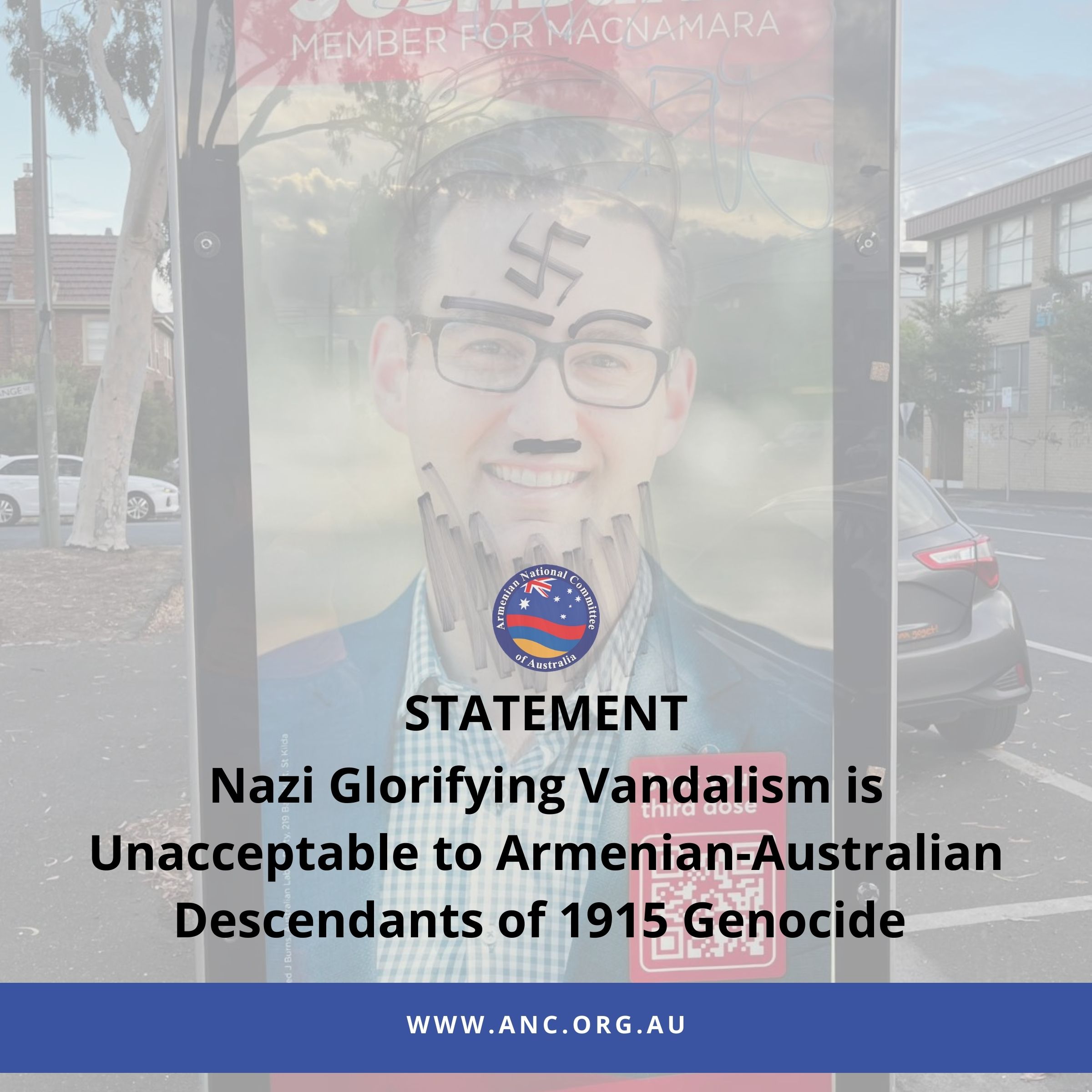 The Armenian National Committee of Australia (ANC-AU) condemns in the strongest terms any attempt to normalise genocide, and the use of offensive symbols associated with the perpetrators of such war crimes represents, as disgraceful acts.

Genocidal symbols, including Nazi-glorifying swastikas, displayed on an image of Federal parliamentarian Josh Burns MP, is no coincidence––targeting him due to his Jewish ancestry, who were victims of the Holocaust which saw the systematic extermination of 6 million innocent people during World War II.

The ANC-AU denounces all and any acts dishonouring the memory of genocide victims, the thousands of genocide survivors and their descendants, who continue to bear the scars of such dark chapters in history.

As Armenian-Australians, we understand this pain and stand with Mr. Burns and the greater Jewish-Australian community in deploring such offensive acts of vandalism.

The ANC-AU further denounces the use of offensive symbols targeting any ethnic and religious groups to incite fear, hatred and division in our community.

The bedrock of our great nation is its multicultural fabric built upon the foundations of equality, tolerance and diversity. Therefore, we as Australians from all backgrounds must continue defending and upholding these values against all such attacks.

As Armenian-Australians, while we continue to demand the Australian government recognise the genocide committed against our ancestors and its ongoing denial by the Turkish state, we must simultaneously play our part in society and stand with humanity against all acts of genocide - past, present and ongoing, as well as genocide denial and glorification.