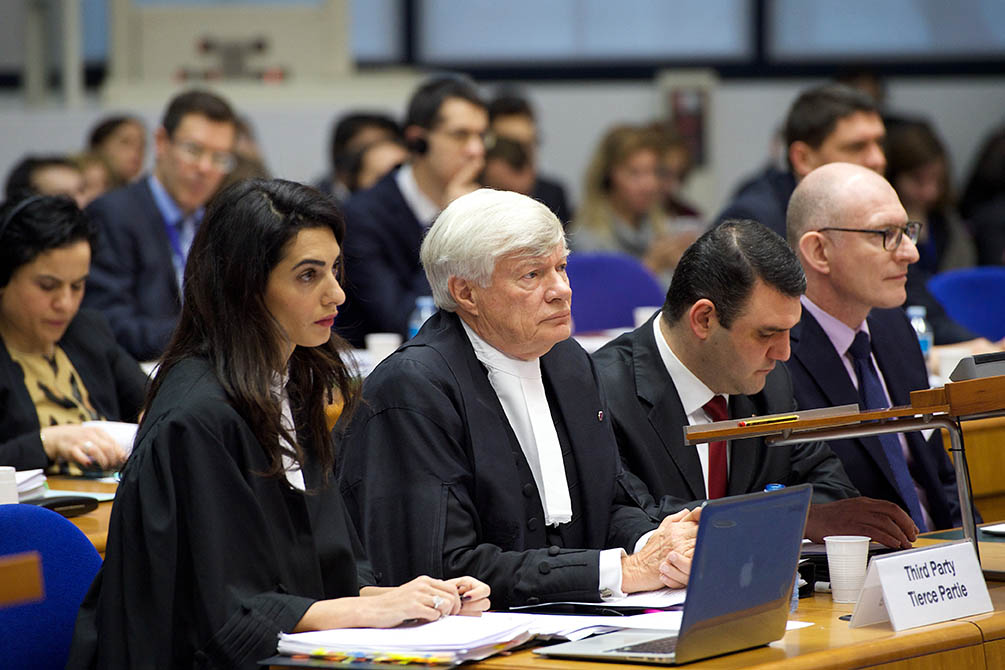 Robertson, who launched his latest book An Inconvenient Genocide: Who now remembers the Armenians? at the National Press Club in Canberra in 2014, will visit Australia after taking part in the “No to Genocide” Global Forum to be held in Yerevan, Armenia.

The Inconvenient Genocide: Who now remembers the Armenians, published by Random House, is a groundbreaking publication where Robertson presents a compelling argument based on fact, evidence and his knowledge and expertise of international law, proving beyond reasonable doubt that the horrific events that occurred from 1915 to 1923 do indeed constitute genocide.

High-profile and notable dignitaries will join the Armenian-Australian community in commemorating the Centenary of the Armenian Genocide, which was perpetrated by the Ottoman Empire from 1915 to 1923.

Vache Kahramanian, a member of the AGCC stated: “The Committee has been planning the Centenary commemorations for the past two years to respectfully honour the 1.5 million victims of this unpunished crime.”

“Mr. Robertson is a worthy guest to keynote such an occasion.”

Geoffrey Robertson QC is a leading human rights lawyer and a former UN War Crimes judge. He has been counsel in many notable Old Bailey trials, has defended hundreds of men facing death sentences in the Caribbean, and has won landmark rulings on civil liberty from the highest courts in Britain, Europe and the Commonwealth. Robertson is the Head of Doughty Street Chambers, a Master of the Middle Temple, a Recorder and visiting professor at Queen Mary College, University of London.

Full details of the National Armenian Genocide Commemoration Evening can be found on the below flyer. For further information please contact the AGCC at 100@armeniangenocide.com.au. 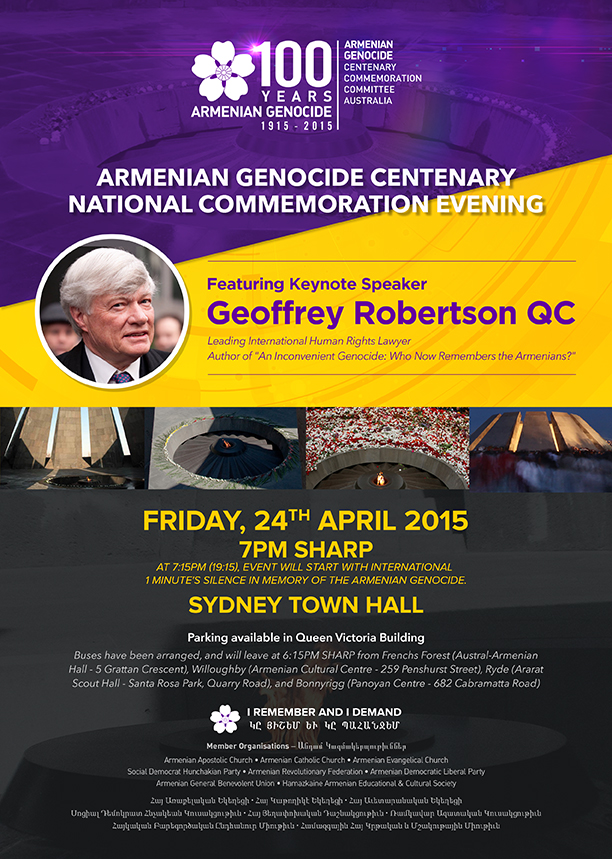