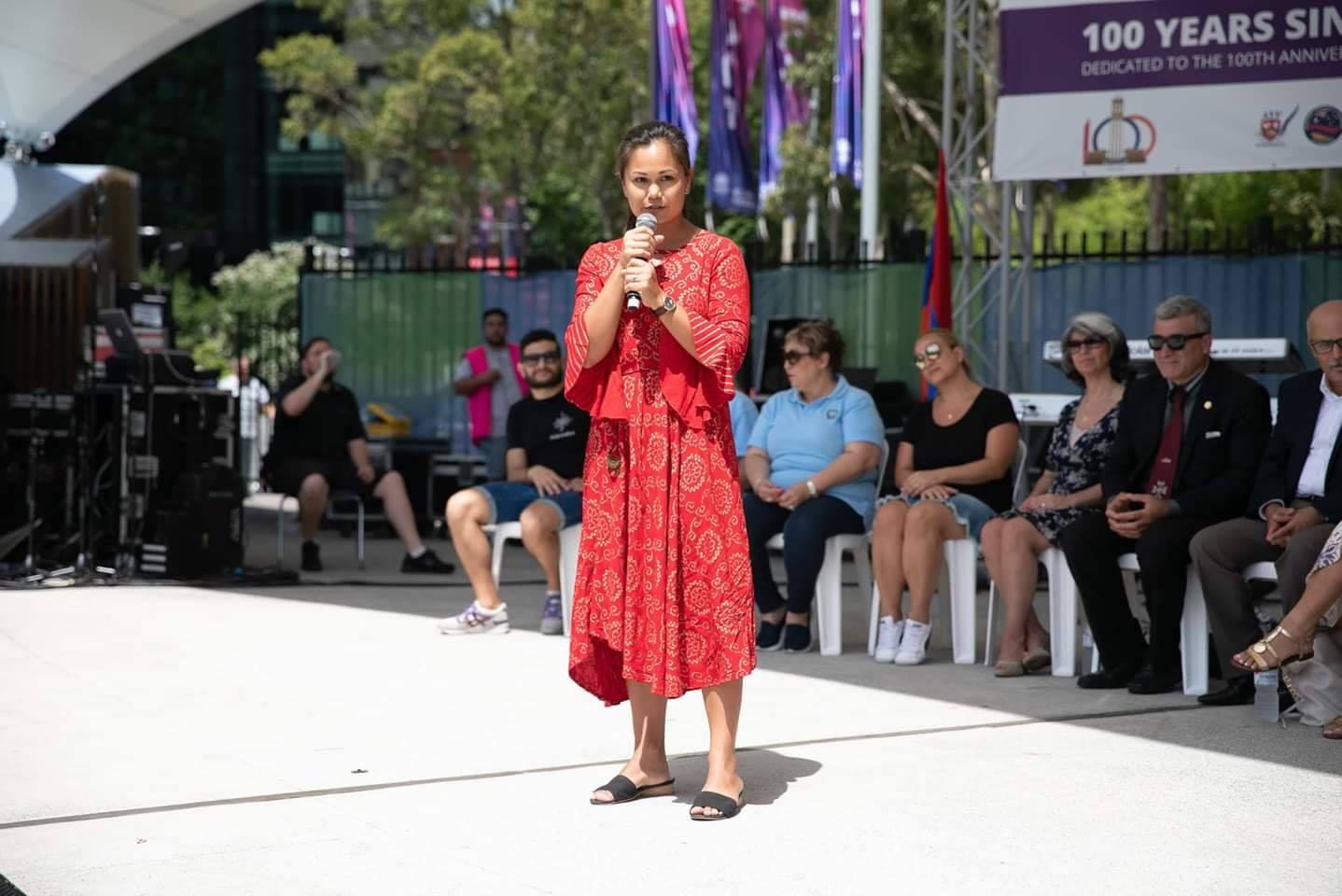 On 15th March 2020, it was reported the 33-year-old crashed into a supporting column under the bridge near the intersection of Sebastia Street and Isakov Avenue in Yerevan, where rescuers pulled her out of the car before she was taken to Astghik Medical Centre in serious condition.

Aronian posted on Twitter on 31st March 2020: "I have no words to express the grievance over my wife Arianne’s death. She was intelligent, hard working and joyous person that lived a beautiful life… I love you honeybun, sleep tight…."

The Armenian National Committee of Australia, who had years-long history working with Caoili, released a statement on their Facebook page grieving the loss of a special Australian who called Armenia home.

"The Armenian National Committee of Australia worked closely with Caoili, who attended the Armenian Festival in 2018 as a special guest and helped welcome the first Federal-led Australian political delegation to Armenia last year," the ANC-AU stated.

"This is incredibly devastating news for us and our community. Our sincere condolences and prayers to Levon Aronian, the couple's families and loved ones."

"In 2018, Caoili cycled across Western Armenia for charity, and always utilised her professional background in public and private sector consulting for the betterment of her adopted home country."

Federal Member for Bennelong, Mr. John Alexander MP, who met Caoili in Yerevan as part of the Federal Australian Delegation to Armenia last year, sent the following message of condolences to the ANC-AU. 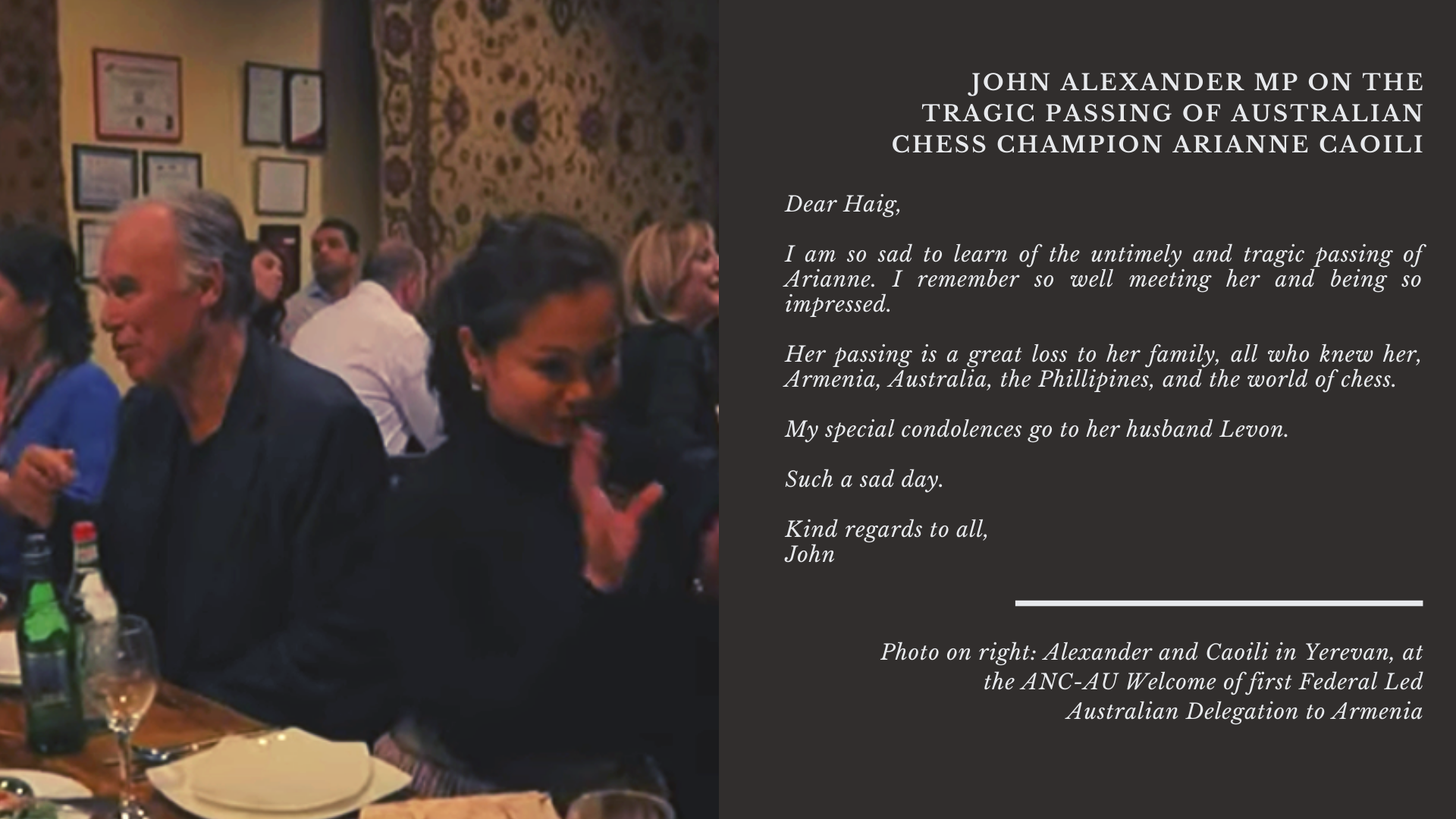 "I am so sad to learn of the untimely and tragic passing of Arianne," Alexander said. "I remember so well meeting her and being so impressed."

"Her passing is a great loss to her family, all who knew her, Armenia, Australia, the Phillipines, and the world of chess."

"My special condolences go to her husband Levon Aronian. Such a sad day," Alexander added.