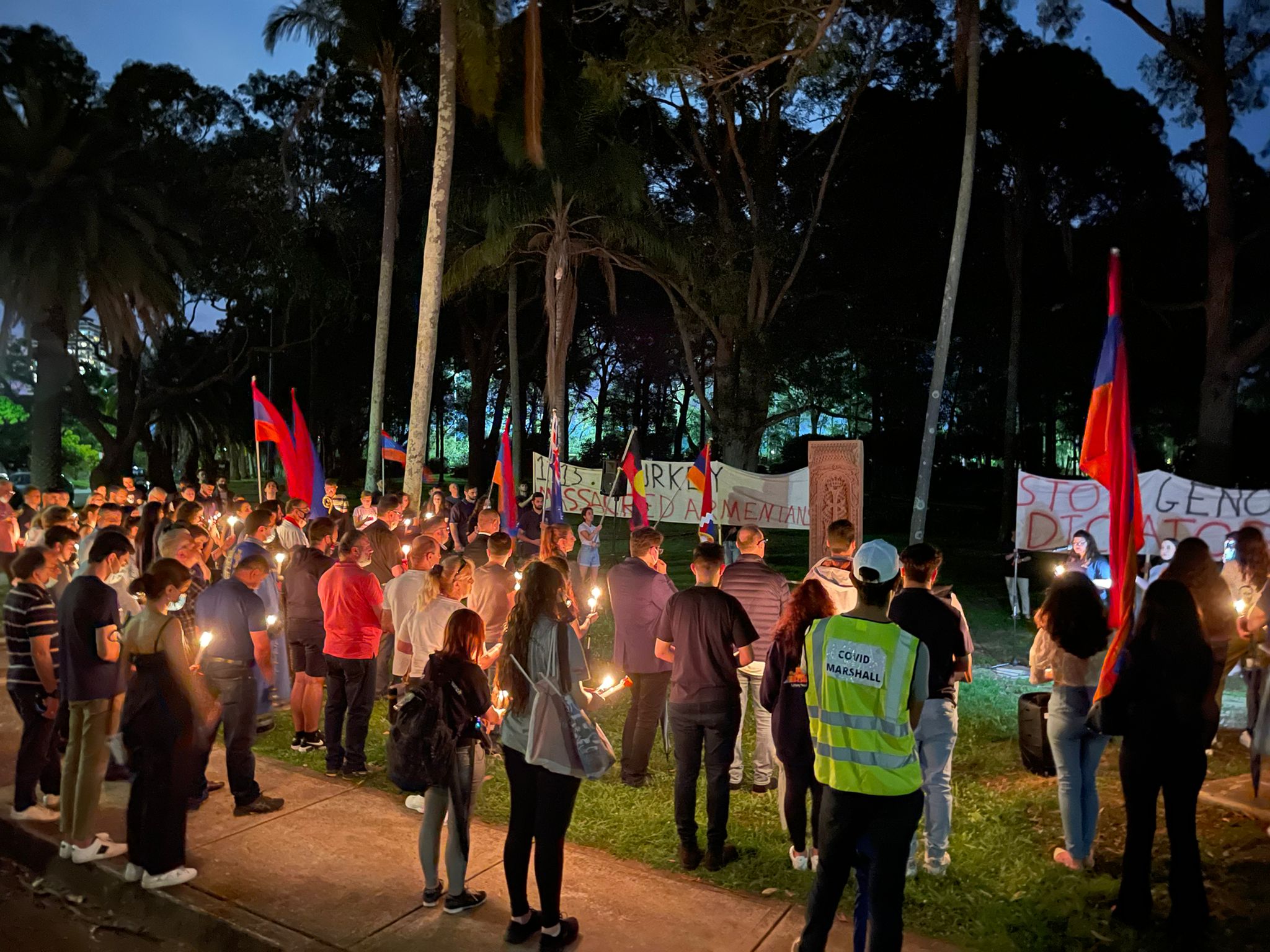 SYDNEY: The Armenian Youth Federation of Australia (AYF-AU), Armenian General Benevolent Union Youth (AGBU), Armenian Christian Youth Association (ACYA), Armenian Students Association (ASA) and the Armenian Evangelical Church of Sydney - Christian Endeavour came together for the Artsakh Commemorative Candlelight Vigil in memory of all those who were killed as a result of Azerbaijan's attacks during the 2020 Nagorno Karabakh War.

Joined by clergy and community leaders, the vigil organised under the auspices of Mr. Kaylar Michaelian - the Permanent Representative of the Republic of Artsakh in Australia - began at the Memorial Park in Chatswood and concluded at Beauchamp Park, where the organisations laid wreaths at the Armenian Genocide Khatchkar.

In her opening remarks, AYF-AU’s Olivia Dilanchian addressed the sacrifices of Armenia's defence forces during the 44 days of unprovoked attacks. Carlo Berzekian, of the Armenian Evangelical Church of Sydney Christian Endeavour, used his speech to reflect on the generations that Armenians will never know because of the actions of perpetrator, Azerbaijan.

Clergy from Armenian community churches led the crowd in a final prayer, led by the Primate of the Armenian Apostolic Church of Australia and New Zealand, Archbishop Haigazoun Najarian.

Olivia Dilanchian of the AYF-AU Central Executive said: "We thank the Sydney Armenian community for joining us on this solemn occasion and honouring the martyrs of the 44-day war."

"We would also like to thank all youth organisations who banded together to ensure that we remembered the sacrifice of our brothers and sisters in the motherland together and united, and we look forward to working with them again in the future," Dilanchian added.