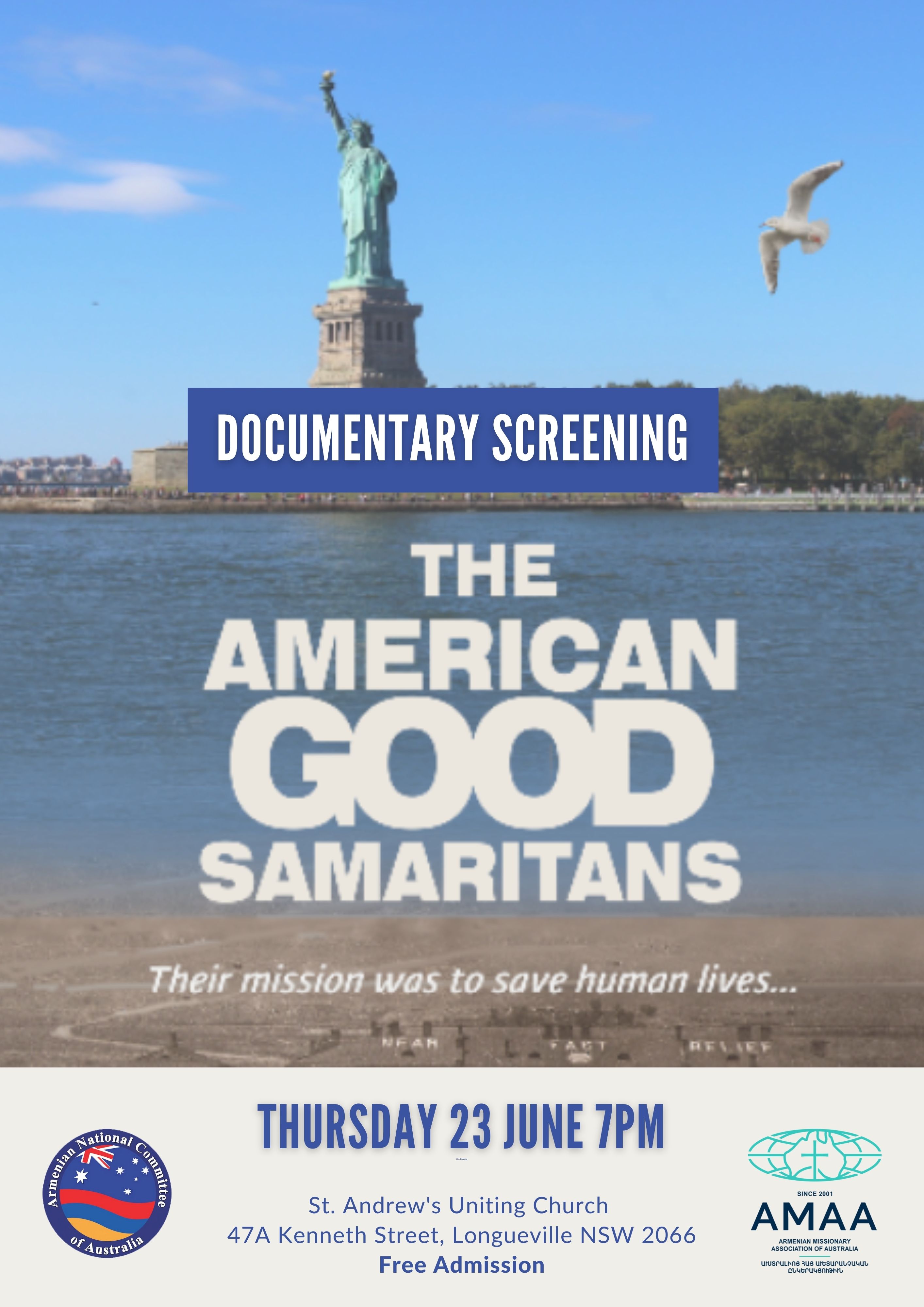 SYDNEY: Sydney’s Armenian-Australian community will have a unique opportunity to preview “The American Good Samaritans”, a compelling Armenian Genocide documentary retelling the story of extraordinary American missionaries who saved thousands of Armenians, Assyrians and Greeks during the 1915 Genocide.

Produced by Manvel Saribekyan in the United States of America, Lebanon, Greece and Iran, the film is his second documentary, the first of which was called “The Map of Salvation” and honoured the stories of European Missionaries who saved thousands of Armenian lives.

"The American Good Samaritans" features the late Swedish-American Associate Professor of Holocaust history and Genocide studies Dr. Paul Levine and other independent researchers from around the world who have studied the Armenian Genocide perpetrated by the Ottoman Empire, and the documentary also provides details of the aid provided by Americans.

While working on his first feature film “The Map of Salvation” in 2015, producer Saribekyan understood that the geography of good samaritans was vast. Therefore, while his second film focuses on aid provided by American missionaries, Saribekyan’s third film is centred around humanitarian aid provided by Australians and New Zealanders to survivors of the 1915 Genocide.

Saribekyan’s third film titled the “Golden Chain of Mercy” will be told by British/New Zealand award-winning journalist and historian James Robins, who authored “When We Dead Awaken: Australia, New Zealand and the Armenian Genocide” and was honoured as the ANC-AU’s 2021 Ben Bagdikian Media Award recipient.

“In conjunction with our good friends at the Armenian Missionary Association of Australia, we look forward to providing the Armenian-Australian community with the opportunity to witness this extremely moving and well-researched production,” said ANC-AU Political Affairs Director Michael Kolokossian.

For further information regarding the Documentary Screening, please refer to the flyer above.