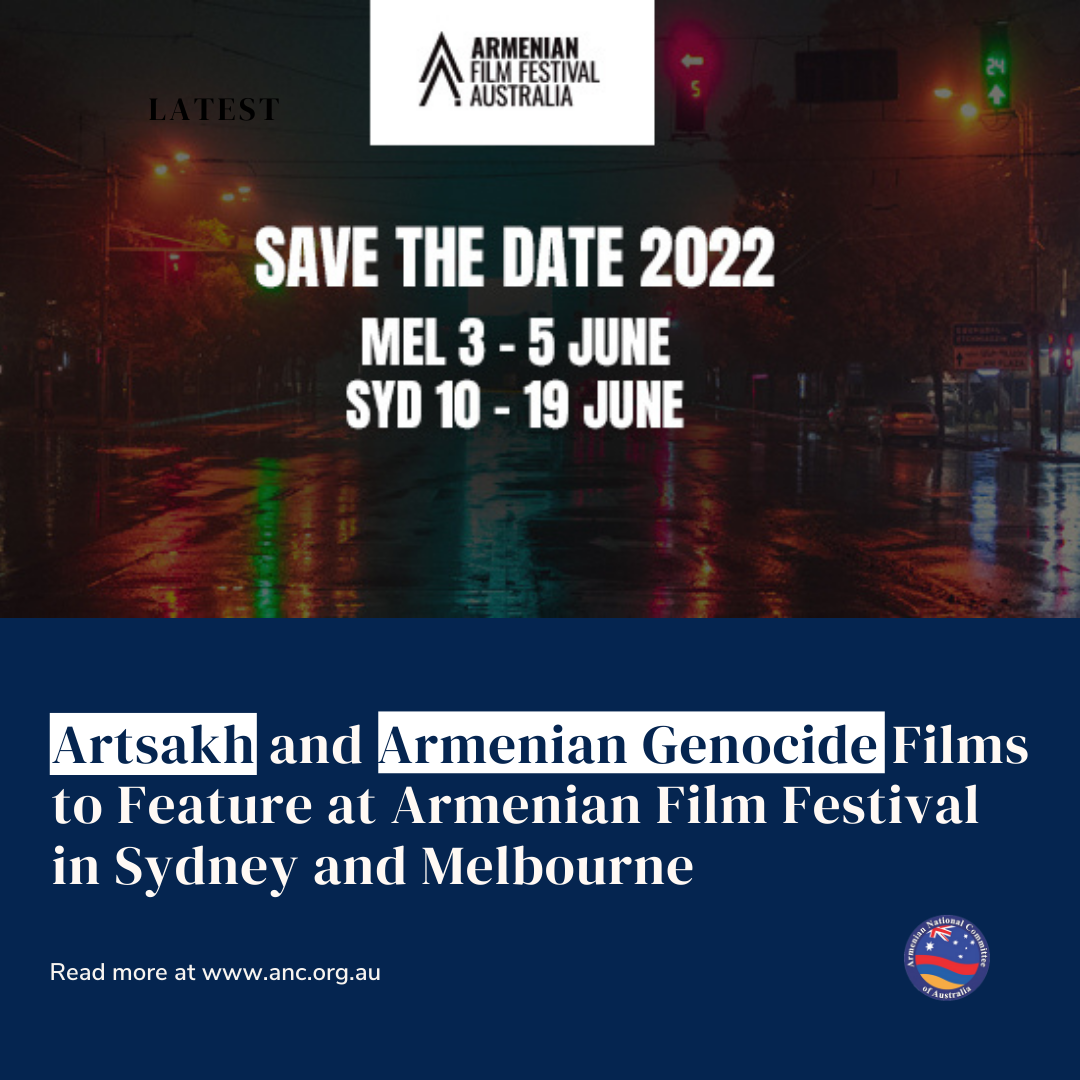 SYDNEY & MELBOURNE: The sixth edition of the Armenian Film Festival in Sydney and Melbourne will feature several unique documentaries and drama films, with a spotlight on Artsakh and the Armenian Genocide, proudly brought to you by the Hamazkaine Armenian Educational and Cultural Society Shant Chapter.

The 2022 Armenian Film Festival is back after a Covid-induced two-year hiatus and will showcase eight feature films, hosting four international guests across two cities between the 3-5 June 2022  in Melbourne and 9-19 June 2022 in Sydney.

A key component of this year's festival is the focus around the Republic of Artsakh, following the 2020 Artsakh war and the ongoing occupation of the ancient Armenian homeland by Azerbaijan.

Co-Directors of the Armenian Film Festival Australia Margaret Tcherkezian Chater and Hourie Demirjian said: “We seek to raise awareness of the plight of the people in that region that has received little awareness.”

The festival's Gala Night will feature Jivan Avetisyan’s multi-award winning film ‘Gates to Heaven’, an intriguing drama set during the 2016 four-day war. The story follows a German military journalist who returns to Nagorno Karabakh (Artsakh) to cover the war.

Emile Ghessen’s ‘45 Days: The Fight For A Nation’ will also be screened over multiple sessions in both Sydney and Melbourne. Ghessen tells the story of the 2020 Artsakh war and post war from an Armenian perspective in a humanistic feature documentary. The Former British Royal Marines Commando turned documentary filmmaker was on the ground when Turkey-backed Azerbaijani forces launched full-scale attacks on the Armenian inhabited region. Ghessen will be in Australia to host insightful Q and A sessions.

Nora Martirosyan’s first film ‘Should The Wind Drop’ was selected as Armenia’s official film for Best International Feature Film category at the 94th Academy Awards in 2022, and the ‘We Are Our Mountains’ short film, directed by Arnaud Khayadjanian, tells the difficult story of a people who continue to fight for independence.

Ani Hovanisian’s ‘The Hidden Map’ tells the story of an American-Armenia who travels to Turkey in search of her ancestral homeland and discovers the silenced stories of a forbidden past. Hovanissian will also be in Australia to discuss her film.

Please click here for more details of all films, including ticket information.